Nonstandard or alternative employment relations refer to employment by a temporary help agency or contract company or as an on-call worker or day laborer. We refer to these nonstandard employment relations (which involve an employer and employee) plus independent contracting collectively as nonstandard or alternative work arrangements in this report. Contingent workers are workers who do not expect their job to last or who report that their jobs are temporary. Contingent workers and workers in alternative work arrangements are measured separately. Both have become increasingly prominent in theoretical and policy thinking about how employment has changed in recent years in the United States and other postindustrial countries. The reason for that prominence is because of a subset of independent contractors, the gig worker. As this report clarifies, gig work is a type of independent contractor whose work is mediated by electronic platforms such as Uber, GrubHub, or TaskRabbit.

Information on the extent of nonstandard work arrangements, and how they have changed during the past several decades, has only recently been available. The May 2017 Contingent Worker Supplement (CWS) — conducted by the Bureau of Labor Statistics (BLS) 12 years after the last CWS and 22 years after the first — provides an opportunity to examine how contingent work and nonstandard work arrangements have changed over the last two-plus decades. In-depth analyses of these changes between 2005 and 2017 were provided in a report by Eileen Appelbaum, Arne Kalleberg, and Hye Jin Rho. The report, "Nonstandard Work Arrangements and Older Americans, 2005-2017," was released jointly by the Center for Economic and Policy Research and the Economic Policy Institute. This report will build on the earlier analysis with special attention to how younger workers, ages 21 to 25, with a college degree and with less than a college degree, have fared. 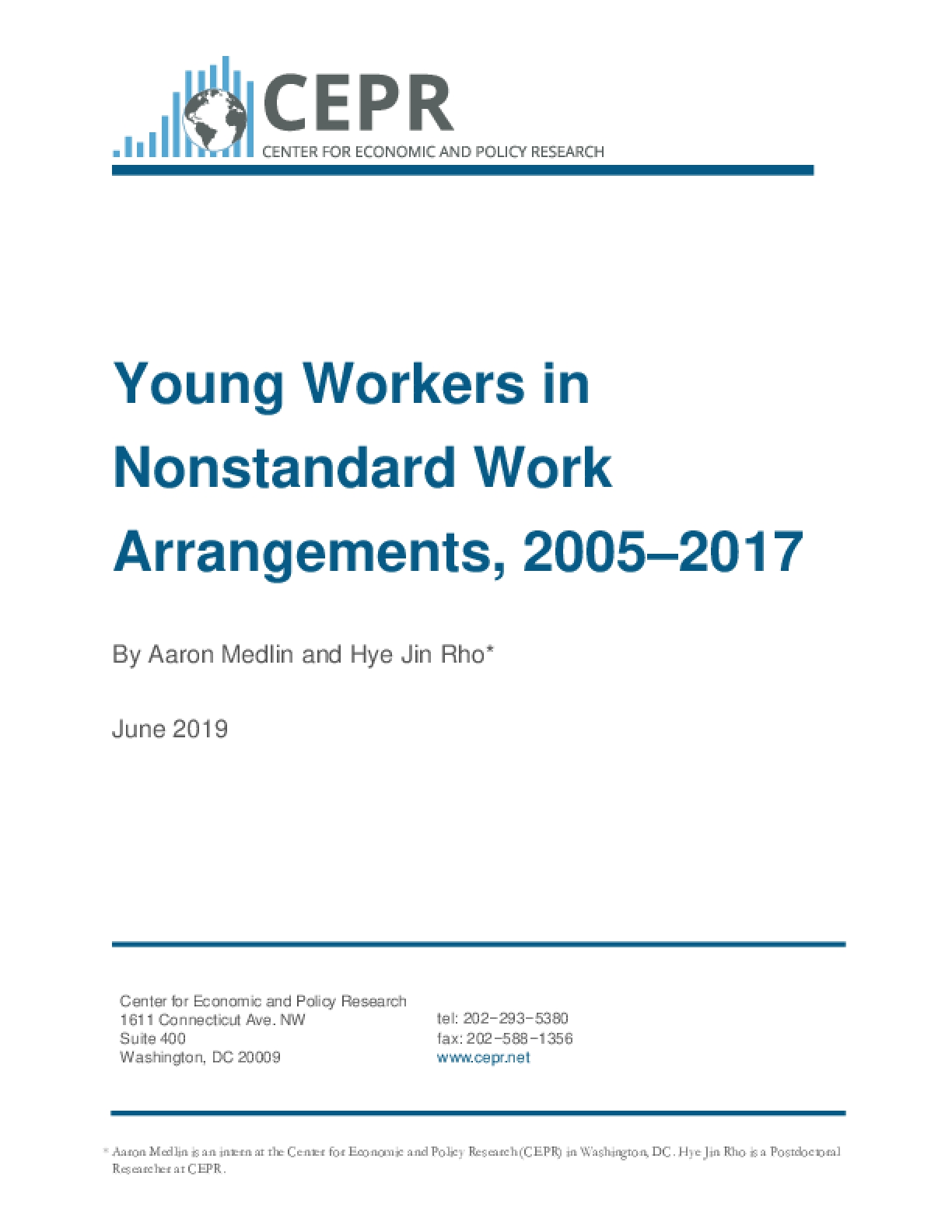